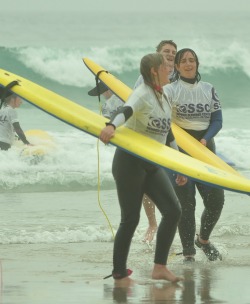 If there’s one job I wouldn’t thank you for right now it’s being a goal keeper, not that anyone’s asked me, mind. It seems that for 90 minutes or even longer you successfully stop all goals, for 2 seconds you let one go in and you’re Judas. Suddenly everyone in the country has an opinion and the belief that even they could have stopped that one. It amazes me that we do so poorly for goalies in this country because apparently there seem to be enough experts around who could do a better job, including my 9 year old son, the barmaid, my brother in law and of course my husband. Incidentally my husband could also play forward or on the wing. In fact if Mr Capello just contacted Steve and asked him to step up I’m sure he could win the match single handed.

Now this might sound like a girlie moan about football but I actually enjoy the World Cup, it’s a time when the whole world seems to be focused on the same thing. If you type in World Cup on Twitter you are engulfed with strands of text in every language and alphabet possible. It’s wonderful, so many people are happy and desperately focused on hoping that their country succeeds. As countries are knocked out teams develop new fans, suddenly we’re all backing Ghana.

I’ll watch the odd match and enjoy it but I’d rather be doing than watching so when I was offered the chance to have a yoga and surf lesson a few weeks ago I jumped at it. The session was being organised by Catch A Wave CIC They believe that surfing should be enjoyed by everyone, not just young gods and goddesses. Now I’m not saying that I’m not a goddess but I’m a goddess that’s a bit lumpy and achy and not quite as young as I once was.

We started with a yoga session and stood on the sand and stretched and loosened our bodies until they were wonderfully long and supple. We were tall, majestic and glorious. Then we ran down to the waves where we got pummelled and rolled and looked like flotsam that the sea had spat out.

Surfing for me was a bit of a hit and miss affair; the simple advice was grab your board, jump up, stick your butt out and crouch like you’re going to the loo in France. Now due to my basic anatomical structure, sticking my posterior out was not a problem and having frequented French roadside lavatorial facilities I have no problems with crouching but “jump up”?! There were some serious gravitational issues to be overcome here with, I have to confess, limited success. I really tried to stand up but it seemed that every time I got up, the momentum carried me forwards and I’d run off the end, again and again and again.

Even though I was rubbish and didn’t have the strength, agility or fitness to actually ride a wave standing, I had a blast. And despite the amount of time I wiped out in spectacular fashions I honestly didn’t ache the following day and I put that down solely to the preceding yoga session. This is their whole ethos, life should be fun for everyone no matter how infirm and the sea is a free and fabulous resource available to all. Nothing is as much fun as screaming down the face of a wave even if it’s just lying on your tummy. I was reminded of how inclusive surfing can be the following day at the beach when two ladies who were easily in their 70s, walked out of the waves, one was in a cossie carrying a state of the art boogie board, the other was in a state of the art wetsuit carrying one of the old wooden belly boards. Both ladies were grinning ear to ear.

I wish Catch a Wave every success, incidently, Steve doesn’t surf but if he did I’m sure he be an expert at that too!