Blowing out the cobwebs. 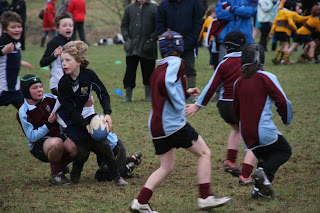 I’ve had a great weekend but it became obvious to me that it’s been a while since I’ve been out to play. I’m exhausted now and wondering if maybe age is more than just a state of mind. I got my first reminder of how long I’ve been out of circulation when I went to buy Steve and I a drink and the total came to £6 something. I say six pounds something because quite frankly when the barman said 6 my brain went into paralysis and a weird buzzing noise filled my ears, with a sort of dumb shock I handed over my £10 note and left with change that did indeed only include 3 shiny coins plus shrapnel. Sitting down with Steve I studied my small glass of wine, I deliberately chose the small option in case it wasn’t nice and at Steve’s pint of Doom Bar, with a certain amount of awe. We were in a nice country pub (I won’t name names) but it wasn’t somewhere where I expected city prices. In fact I had better not go to a city pub now without my cards, cash probably won’t be enough.

We were gradually joined by other friends who had all come out for a friend’s birthday party. It was great to see so many of us in a pub, in the evening, with no children, that in itself was a celebration and we all made the most of it. We also met some new people who were great company; it’s always such fun to discover new conversations and ways of looking at the world. A loud and happy evening eventually came to an end to be naturally followed by a delicate morning. Of course in the past I would spend such mornings being quiet and gentle, no sudden movements and the only strenuous exercise being to switch the kettle on. But not now. Not now that my boys play rugby and I have a dog that needs a walk. So dodging showers and it really lashed it down this morning we got Harry walked, the children suited and booted and made it to Truro – (it would be an away match) with only minutes to spare. The ground was very soft in fact the lower field had clover and reeds growing in it – not good signs! Our U12s were beaten by, I’m afraid to say, a very good team, but if you’re going to be beaten at least let it be by the best. Our U10s however won their match as convincingly as the U12s lost theirs so balance was restored and as both of my boys scored a try there was peace on the drive home.

Of course returning home still meant no rest for us as it’s back to school tomorrow so uniforms to be ironed kit to be scrapped down then washed, bags to be packed, homework to be checked, projects finished off all done at full volume. And in the middle of all this I’m trying to finish off my VAT return. Well I’ve done it now or else I wouldn’t be typing this. So a nice hectic weekend to round off an enjoyable half term, I hope everyone had a s good a weekend.

The grass is always greener…. Bad customer service or just a bad customer?