Why were the Olympics so successful? 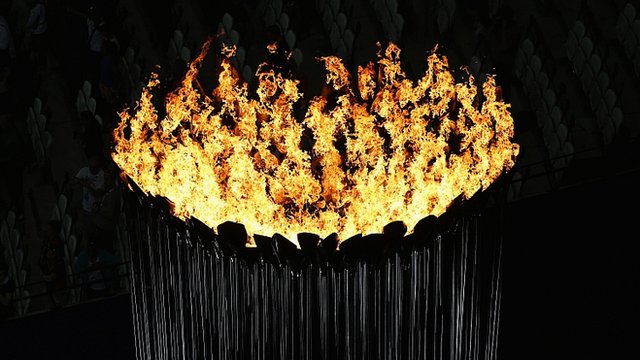 I think it can be agreed that the Olympics has been a huge success but what has made it so successful? I would like to say that it’s been a lot more than the amount of medals that we have won, although that has been great.
I believe there have been a range of reasons why it has been so successful, in the first place the whole thing worked. There were no gridlocks, no security scares, no unfinished building, all the scaremongering from the media came to nothing, we staged a welcoming, efficient, accessible set of games. The next reason was how we were able to follow every aspect of the games via the BBC. Their coverage has been exhaustive and we have all been able to follow whatever our particular interest is.  We’ve also been able to watch sports that we never see; I never thought I’d get into watching Canoe sprints, dressage or BMX cross country. Since when was the long jump so exciting or the 800m so nerve wracking? I think this has been one of the keys to the sense of national pride; we have been able to join in and follow along. The next thing that has made it so successful has been how well the girls have done, gold after gold have fallen to our Amazons and they were so well deserved.  Finally we have loved the tales of true grit; some of our athletes are headline acts and seem to do all right in terms of sponsorship but we’ve had people who have had to sleep on floors, kip in cars, sell stuff to fund their training. This seems to me to be the true Olympian spirit, these people are not in it for the money they just do it because they love it and they want to be the best. Here in Britain we love the underdogs and it seems that our underdogs have outperformed all expectations.
So where do we go from here?  To me it seems obvious, show a wider range of sports on television, not just the paid channels.  Support more female events, they outperformed the boys; let’s see that excellence reflected on TV. The BBC has an arts channel and a children’s channel so why not a sports channel? Clearly some of us are interested in sports other than premiership football.  Let’s also get more money into grass root sports, help clubs, help parents with grants and get behind local events. Finally, get games back into the school curriculum on a regular basis. Bring back competitive sports, they don’t have to be all that is offered but children need to learn how to lose and how to cheer! Taught well, team sports can help children pull together. Even if you don’t fancy team sports any sort of regular physical exertion is good for the body and good for the mind, Mens sana in corpore sano!
Of course the turn of the true Olympians come next with the Paralympics. The hype is probably going to be less intense than what we have seen over the past fortnight but what these competitors have overcome and will achieve will be no less stunning and probably more so!
50ft Fin Whale stranded at local beach Avoiding a meltdown at the end of August.

The best bits of the Olympics.