Maybe I can get the dog to look after my children? 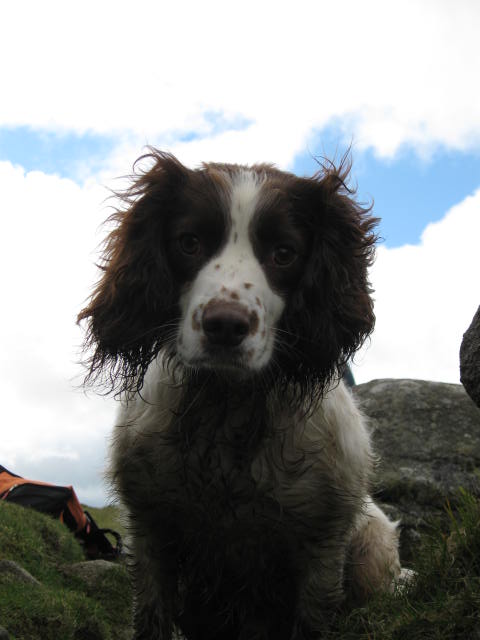 This week is not going according to plan.  It’s not my sons’ fault but I’m going to blame them anyway. Easter holidays have coincided with me working  in the shop again as we move back into full time opening and so I’m trying to write my articles, file my VAT returns, do the housework and run the shop all whilst trying to juggle the demands of the children.  It’s getting so much easier now that they are getting older but they still have no concept of the fact that just because they’re on holiday doesn’t mean that I’m on holiday.
I discovered the other day that there isn’t a lower age limit for leaving your children unattended.  You may not leave them in harm but that’s it.  I nearly booked a weekend away with Steve there and then.  All those years when I could have left them but then that’s the point isn’t it. I don’t need a law to tell me how to look after my children. I already knew when they were too young and now how much they can be trusted. Even so I can’t bring myself to leave them for more than an hour but at least it means I can run errands without having to drag them along.
Harry gets dragged along, not that he minds because it means that there’s a chance we’ll stop somewhere for a walk.  He is such a daft mutt, he greets everything with total enthusiasm and we’re debating at the moment getting a second dog.  He has been such a treasure that a second dog wouldn’t be too much of a burden, the trouble is that dogs are so expensive. I’d like another puppy simply because we can all get used to each other, we have two cats, a dog, loud boys and busy lives and I’d hate an older dog to not be able to settle into our routine.  We did go to the RSPCA shelters to investigate a rescue dog but it just didn’t work out.  Despite having a dog our house would have to be checked which affronted Steve a bit but I suppose they need to cross the “t”s and dot the” I”s. Then we couldn’t have some dogs because of the cats, other dogs because of Harry and finally other dogs were ruled out because of the children.  In the end only one dog was available, a four year old half mastiff!  He was a sweetie but huge.  It was all a bit disheartening really.  What I want is another Springer or a Cocker, they’re a lovely breed and in theory will enjoy all the exercise that Harry already gets.
We shall have to keep our ears open and then maybe Harry will have someone to play with on our walks and when we go away he’ll have company in the kennels.  It will also make a nice change for him to have an animal at home that doesn’t attack him whenever he goes up to say hello.  The cats aren’t normally vicious creatures but at 16 years old they draw the line at having something loud and hairy sniffing their bottoms. Can’t say I blame them!
Home to Roost – Tessa Hainsworth The Only House Left Standing – Thomas Hurdall

You can teach an old dog new tricks!