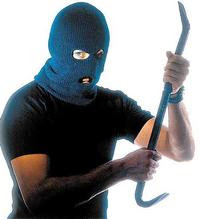 I’m in a very bad mood.  Some of you may know my brother John, he lived here in Cornwall for a few years and loved his time in Mevagissey. Eventually the siren calls of Norfolk pulled him home and he returned to Norwich with his sweetheart Katie and settled down and they now have a gorgeous little girl. I know, how amazing, John, a father!
Anyway, he’s a self-employed carpenter, a pretty good one even if I do say so myself, my hand built kitchen and panelled bathroom are just some testaments to this.  It’s hard work and despite his skill, like most manual jobs it’s not well paid, work can be on and off and financially, times can be tough. So imagine how awful it was for my brother to wake up one morning and discover that his van had been broken into and all his equipment had been cleared out.
The sheer front of these thieves is all the more shocking when you discover that he lives on a terrace without front gardens so the van was within feet of his front door and that of his neighbours. Even worse, because his little one was teething John was sleeping on the sofa right by the front door.  The police called and explained that this appeared to be the work of a gang that had very smart methods at breaking in silently and removing gear quickly, poor John wasn’t the only craftsman to wake up and discover their livelihood had been stolen.
The insults continued as he got in touch with his insurers, his car insurers said they don’t cover power goods, his home contents insurers said they don’t cover work equipment.  So in the space of minutes John went from losing over a thousand pounds worth of tools to realising that they would not be replaced.  He’s worked years to build up his collection and as a self-employed workman he doesn’t have access to a company pool of tools.  His friends have rallied round and offered him their stuff but as he quietly puts it, his tools were for professional use not occasional DIY and he doesn’t want to damage or wear out something offered in a generous spirit.  And of course his mates that are also chippies need their own machines.
So now he has no work, no funds to replace his tools and he’ll have to start from the bottom all over again.

All this heartache and misery because some people out there are lazy, stealing, deeply, deeply unpleasant people.  The police don’t think they’ll catch them and if they do John will never get his tools back or be properly recompensed and they will get minimal sentences.
There is something really wrong when it’s the hard working, honest types that lose out whilst the cheating, feckless sorts prosper.  As I said I am in a bad mood.