OK – maybe we aren’t so uncivilised after all. 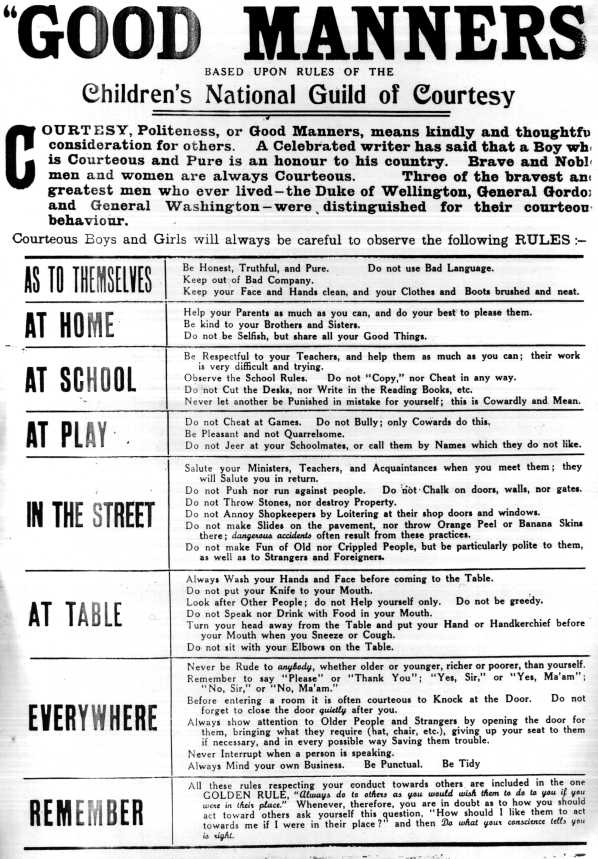 The other day a gentleman came into the shop and raised his cap to me.  It was a really nice moment and made me wish that hat wearing wasn’t in decline; it’s such a nice gesture.  I, of course, nodded my head back, in fact more or less everyone who comes in the shop gets a nod, a smile or a “hello” and more or less everyone responds.  It also doesn’t matter which member of staff is on, they are all friendly and greet all our customers.  It’s not as though I even have to tell them, it’s a natural to them as it is to me.  So it came as a bit of a surprise to read that in a recent poll, that said Britons’ were no ruder than they were 20 years ago, that the vast majority of people disagreed with the poll’s findings.  Apparently we think we’re getting ruder.  I do think we are getting more familiar.  Nowadays it’s kisses all round when friends meet up and I have to confess to wishing we were a little less Continental in this regard.  What’s wrong with a good handshake or a nod of the head, all this kissing and hugging is a bit much, but no harm is meant by it so I’ll learn to live with it.  But extra kissing isn’t rudeness, well it might be a bit offensive if you don’t know them but really it’s not generally considered offensive.
And of course it’s not just hugs and kisses where we’ve become more familiar, there’s more of a breakdown between age gaps, children aren’t silent until spoken too, men and women mix in pubs and terraces far more.  All over society we mix in ways that we never used to which can sometimes lead to confusions and minor embarrassments but I still don’t see that as rude.  If a child interrupts me when I’m speaking I’ll let them know that that they have to wait.  I don’t necessarily think the child is being rude, they’re just learning.  If the parent allows the child to interrupt then I think it is the parent that is being rude.
But I don’t see rudeness as an issue of the younger generation any more than it is of the older one.  I’ve lost count of the times when my boys and I go single file for an elderly pair of women – and I’m afraid it’s always women – and they don’t say thank you or smile or do anything.  I don’t expect them to go single file, they’re older and slower but they are not blind or dumb.  I should imagine that it is this sort of person that complains the loudest about rudeness in others.  I heard a nice story once about a man who was mending a hedge beside a road.  A stranger came up to him and asked what the people in the next village were like.  The labourer  asked if he had been to the previous village down the road and when the man said he had, the labourer asked what he made of them there.  “Oh they were among the nicest people I’ve ever met” said the stranger.  “Ah well, you’ll find the people in the next village just as friendly.”  A week later another stranger passed the labourer and asked the same question.  Again the labourer asked the stranger what he thought of the people in the previous village. “Well they were awful, a bunch of thieves and villains.”  “Hmm,” said the labourer, ”in that case I’d avoid the next village if I were you.”
Where ever you go you always take you with you.
Civilised society – who are we kidding? How much?????