My green fingers have wilted. 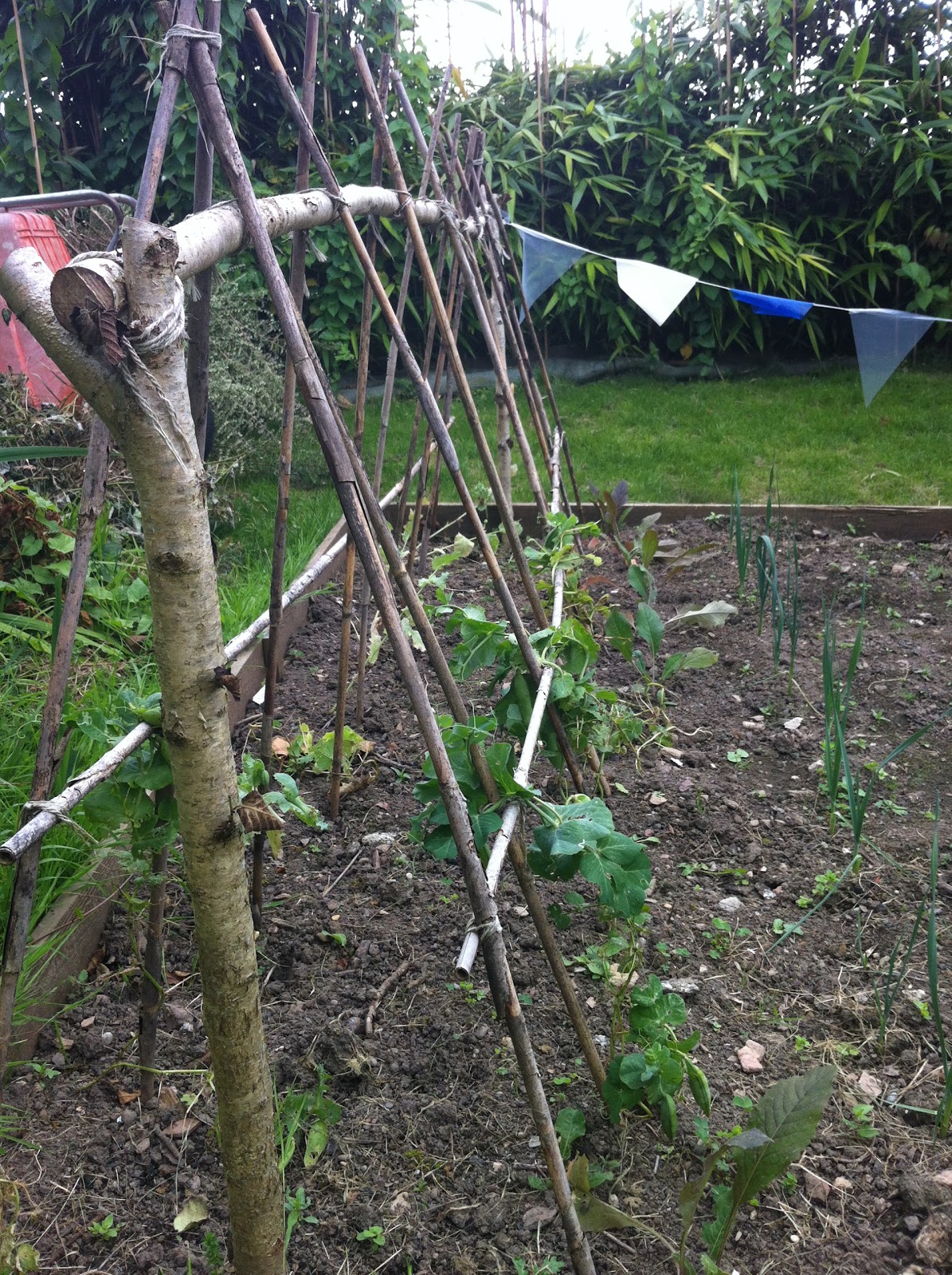 Whilst the country strives towards excellence and basks in the warm glow of a world’s admiration of our fabulous Olympics and Para-Olympic games I feel the need to discuss something of greater importance.  A matter of such significance that it has exercised my mind for the past four months and that Dear Reader, is my vegetable patch.  It’s hopeless. I mean really and truly awful.  We had that fabulous, beguiling, deceiving weather in March and we rushed out to the garden and dug vegetable beds. In went the posts and paths, out came the weeds. Up went  the poles  for the peas and beans, in went the scarecrow. In the green house we cleaned down the glass, we sowed our seeds, potted out the tomatoes and sat back in the glorious sunshine and reflected on what an incredible crop we would have this year.
Then came awful April, followed by miserable May, are you joking June, just about had enough of this July and here we are in August. My runner beans have stood still, my onions bolted, my potatoes got blight, the Quince dropped all its leaves, the courgettes shivered, the strawberries were small and white and my peas were pathetic. My grape vine has produced nothing.  It’s so disheartening;  you expect some crops to fail but my sweet corn is only a foot high,  my runner beans are not above my hips and have no flowers. Not that there are any insects around to pollinate them, all that ones that woke up early in March seem to have fallen by the wayside. My bumble bee nest has buzzed away, hopefully to a warmer spot and it’s been months since I’ve seen a wasp or a butterfly.  Winged critters are in short supply but  rest assured the slugs are fine. In fact my one and only success so far has been my broad beans. They’ve been lovely and I’m eating them by the handful, my favourite way to have them is fried with butter, garlic, chorizo and scallops. Delicious!
But what can you do? I can’t ask the heavens to stop raining.  I can’t ask the sun to shine and trigger my plants’ photosynthesis, I’m tempted to take a hairdryer to my poor shivering strawbs the soil is just too cold.  I’m just glad that I didn’t bother with many root crops this year, I don’t think Unwins do a line in aquatic carrots or parsnips but if they did they’d make a mint.  Maybe I should have tried water chestnuts and watercress?
So now we are in August and whilst not delivering great heat or high levels of sunshine is a bit of an improvement on the last few months. I may get a few crops yet but I don’t think I’m going to have a glut of anything.  I hope that you’ve all had a greater share of success than us and if you do happen to have a glut of anything we will happily take it off your hands. Not green tomatoes though, I suspect I’m going to be fine there. Anyone got any good recipes for green tomato chutney?
Overseas Aid – why can’t we do it better? The best bits of the Olympics.