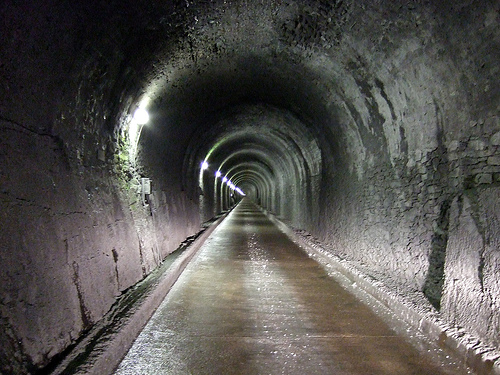 I’ve been going backwards a lot this week. Poor Harry,  there he was shuffling and snuffling back and forth on one side of a wire fence that neither of us could see, hidden by brambles and bracken as it was, but nevertheless it was an invincible barrier.  I tried to tell Harry that he needed to go back the way he came, rejoin the path and come the long way around.  Now anyone who thinks that a Springer Spaniel is capable of that level of reasoning is clearly less well endowed with creative logic than that Springer in question.  In fact the idea that I had even tried to suggest it to Harry showed that neither of us were going to advance the evolutionary process very much in either of our respective kingdoms.  So it was me not Harry that turned back and trudged along the path until I could rejoin a by now whimpering, confused, fed up, dippy dog.
On another occasion I had stopped outside of the Grampound Smokehouse for some gorgeous prawn sarnies. I got back in my car reversed a bit to get a better angle out onto the road because it can be really tricky there sometimes to rejoin the traffic and then waited.  Only a few moments had passed when someone flashed their lights at me. Immediately I accelerated and only the briefest of heartbeats later I selected the correct gear and this time accelerated forwards and on my way blushing wildly.
Going backwards just seems wrong.  I was listening from a chap from Google saying that it was a Google mantra to keep going forward at any cost. If you see a wall, climb over it. If there’s a river on the other side, swim through it. If there are crocodiles, throw them your left arm and swim on. Nothing will stop you! Eeek. I don’t know but isn’t that all a bit extreme.  What about find a boat?  See if there’s a bridge? Change your mind and go back?  Maybe it’s because for us time is a linear thing.  We are always moving forward through time, although the seasons seem to be circular, August once again, but this August doesn’t feel as warm as the last one, maybe it was a bit shorter, less got done.  Maybe because we know we’ll never be 21 again it clouds everything we do, because we are driven towards the grave by our biology we feel determined to drive forwards in every other sphere of our lives. Maybe that’s why the final space shuttle flight feels wrong.  We are going backwards in terms of space exploration.  Surely the final frontier was further than the moon for mankind?
But going backwards isn’t always a mistake.  I feel so proud of people who are able to say “No” or “Stop – this isn’t working.”  To have the guts to say, I’ve failed but I’m not going to keep failing.  I hate this and I’m not going to do it anymore.  You’ve promoted me a step too far I want to go back.  I hate this university, I’m coming home.  We’re not good together I want to be single again. Even the phase backwards is negative isn’t it?
Oh well I shall drift onwards, a little body in this massive universe all heading towards entropy and hopefully from time to time I’ll remember to go backwards a bit.  If I have Harry with me I will have no option but to go back regularly to retrieve him from various cul-de-sacs and maybe I’ll see that as a good thing too.
So politicians, policemen and journalists can’t be trusted. Where’s the news story in that? A Country Wedding