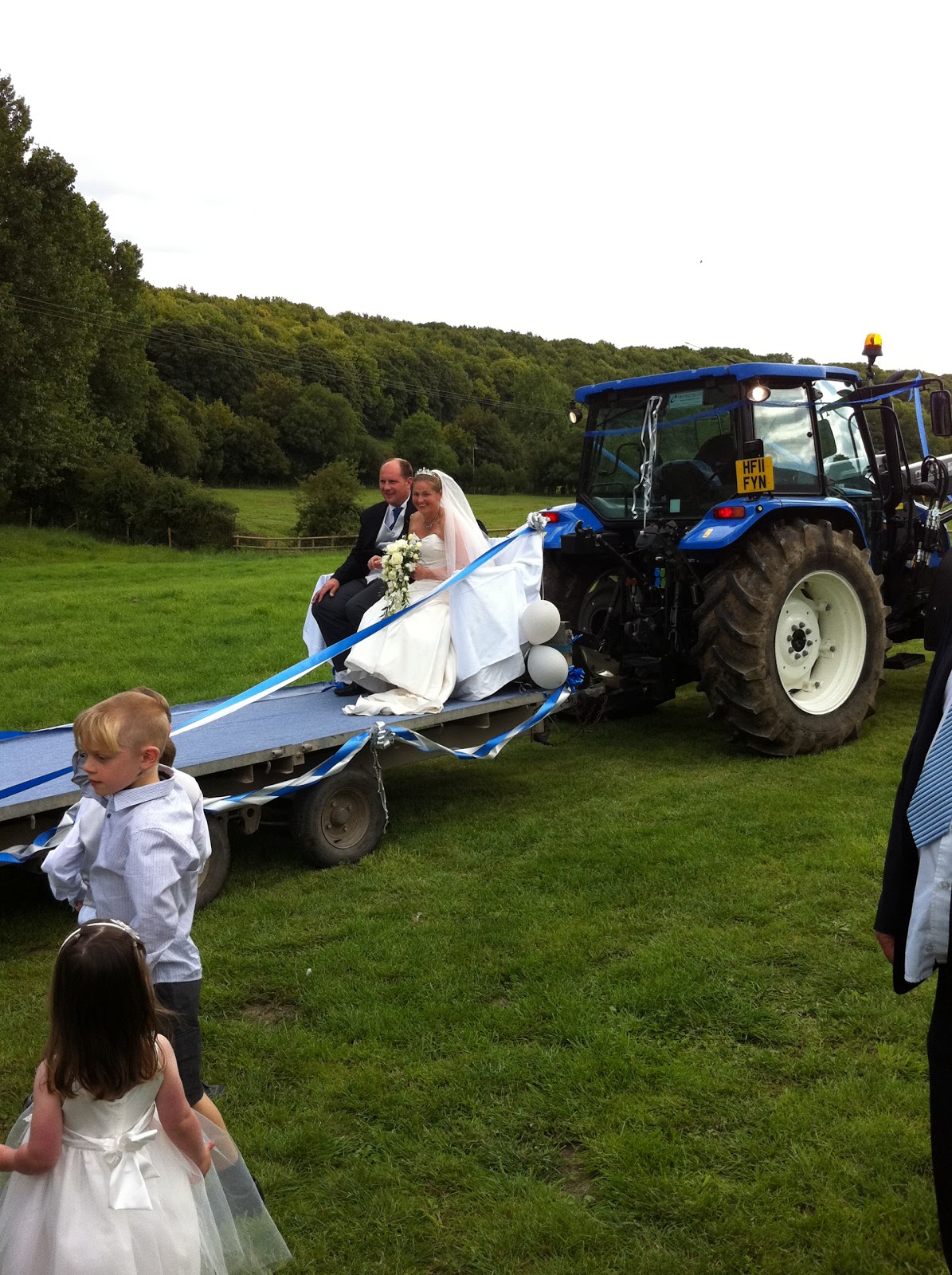 Last weekend we went up to Dorset for a family wedding, Steve’s cousin was getting hitched and we were all invited.  As the invitation was being arranged between two male cousins I didn’t have a clue as to details.  What kind of a wedding was it, church, civil? Should I wear a hat? Are you sure the children are invited? Are we going to the wedding, the reception or the whole shebang? Is there a whole shebang?  Steve looked at me as we drove up the A30 and thought I was as nuts as all the poor holiday makers that decided to try to enter Cornwall on a Saturday at 10am. It was a wedding! Just turn up and go with the flow.  Fair enough but there are few weddings that I have attended where “going with the flow” was the order of the day.
So we arrived at his mother’s at almost the same time as his sister coming over from Essex and already there was a great sense of occasion. The cousins all fell on each other, whilst we all fought over the iron that quite frankly deserves pride of place in a museum. Suited and booted we convoyed off to the village, speculating on the bride; farmer’s daughter apparently but beyond that no one had actually met her.  However, she was marrying Shaun so she clearly had a good sense of humour.
Arriving in the small Dorset village we discovered the most wondrous site, on a field in the middle of the prettiest little houses was a great marquee, all the villagers were milling about in the lanes and little signs pointed to the church.  It seemed that half the village were attending and as the Vicar stood up to welcome us we understood the reception.  Claire was the daughter of a local farmer who had farmed in the village since forever; the vicar lived next door to the family and had known them all since year dot.
It was a wonderful do and I kept feeling like I was stuck in the Archers, everyone was in their best bib and tucker and Steve’s uncle looked remarkably good if somewhat uncomfortable in full morning attire.  We’d been laying bets as to whether he would even be wearing a tie!  Because it was such a community wedding there were loads of children and the church was noisy with chattering children and neighbours catching up. The songs were sang with lust rather than accuracy and one child that had been bribed with sweets to keep quiet managed to time her sugar rush to the moment when poor Claire tried to say her vows.  When the vicar asked the congregation to support Shaun and Claire through their married life, the three of them had a quiet chat and agreed that our “We do” had been a bit quiet, so, once more with feeling please.  We nearly took the roof off.
The reception in the marquee was generous, informal and tasty. Shaun and Claire arrived on a sofa, on a trailer on the back of a tractor and everyone cheered them in.  The children had become a single pack and had taken to running in the dry river bed, feeding the sheep in the next field and climbing over the tractor, cravats were removed, belts loosened, high heels swapped for flip flops and everyone laughed their way towards the evening disco to which the entire village had been invited.
I think Shaun and Claire are going to have a wonderful married life if their “go with the flow” wonderful wedding is any sort of yardstick!
Going forwards good, backwards bad? Digging up St. Austell