Is anything too grand for Cornwall?

So Eden marks its tenth birthday and has brought billions into the SW economy over that decade. I guess I’ve got laid back about it that’s an incredible achievement! I’m so used to it being on my doorstep but it really is a global building and it’s here in Cornwall, just down the road. I see that Tim Smit’s next project is also going to be in the St Austell area and is going to be a water therapy park. I can’t wait to see what he does; will we be swimming in the gravel pits? Slides down the pyramids? Lots of seaweed wraps scooped up from Par beach? Given Heligan and Eden whatever it will be it will be a success and another total asset for Cornwall. Great things can happen when one person has a vision and has a team backing them up. Where things tend to go wrong is when they hit committees. “If Columbus had an advisory committee he would probably still be at the dock”. Let’s hope that Smit manages to get his next project past planning without too many hiccoughs, after all his track record speaks for itself. 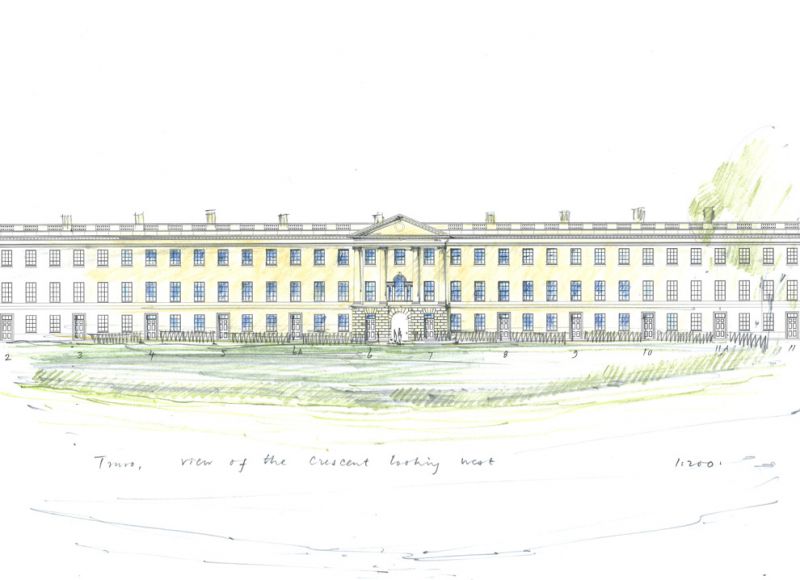 I was really disappointed to see the article in last week’s West Briton about the rejection of Prince Charles’s design for a new housing estate. One of the main problems was that of the centre piece construction, a Georgian style crescent building. This building would have provided many of the 97 homes, 35% of which will be affordable, either for rent or first time purchase. Some of the reasons for the rejection were because the building would have been “overly ornate” and “too grand”. A new, scaled down more subdued building has now been put forward. How incredibly depressing is this, too grand for Cornwall eh? Should we all know our place and keep looking down. What’s wrong with aspiration? Talk about paucity of expectation. Are scrolls and columns not for the likes of us then? Let’s keep things plain and quiet, let’s not rock the boat by doing something that might attract attention.

Can you imagine how wonderful it would be for someone going into their new council home and discover it was a place of beauty. People live up to their environment , time after time it has been shown that if you give someone somewhere nice to live they stand taller (I’m excluding teenager’s bedrooms from this you understand). I’ve driven through Poundbury many times (HRH’s development outside Dorchester) and it’s wonderful – everything looks good, traffic moves slowly as pedestrians have right of way and there are little corner shops everywhere selling all sorts of things, it thrives and buzzes and loads of it is affordable housing, that’s a council estate that I’d give my eye teeth to live on.

I’m not saying that the new designs for Truro aren’t nice, it’s just frustrating to hear that something is too grand. This is a stunning county, with incredible people who have shaped this nation through their endeavours and inventions, nothing is too grand for Cornwall, Cornwall deserves nothing but the very best. I know we are a poor county, disadvantaged and overlooked by central government but for someone in Cornwall to say something is too grand is terribly sad. It’s like being stabbed in the back by your own side.

(The image above shows the rejected design, the image below shows the more acceptable version for the crescent block.) 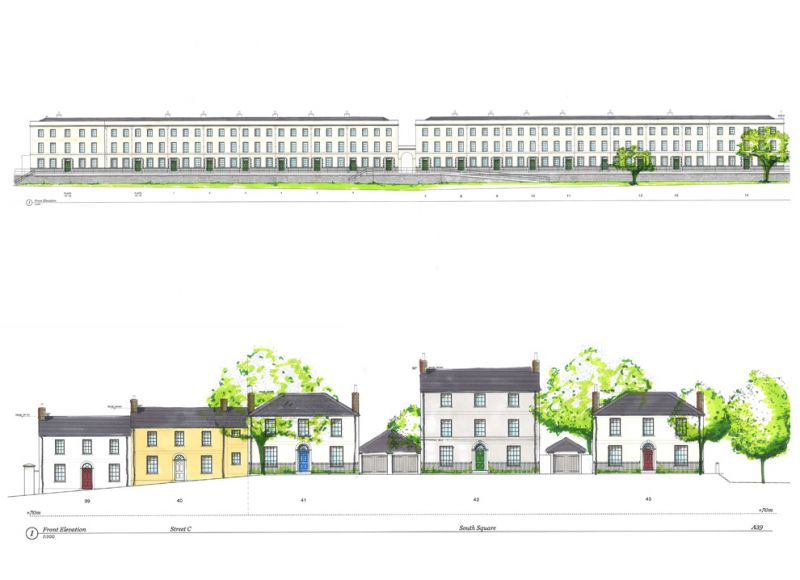