A Stadium for Cornwall. 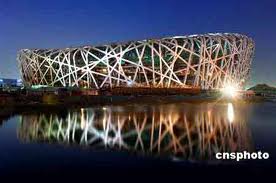 Well we didn’t beat St Austell but we didn’t lose either.  Like many close games, there was a certain level of dissention over decisions and there were definitely frowns on both sides of the pitch, depending on which way the decision went.  The week before against Saltash was no better, in fact it was worse; we were winning, then Saltash scored the winning try and the final whistle was blown immediately after (by the ref who was also a Saltash coach.)  I’m not saying anything.
As the light fades so too does the sailing, surfing and golf to be replaced with cross country running, football and rugby.  Nice, clean sports to filthy, dirty, mucky sports.  My poor washing machine.
All this talk of sport has made me think about the current call for a sports stadium in Cornwall.  It almost seems too much to imagine which I think shows the level of the problem, if we can’t imagine it, how can we ever realise it? The reason I can’t imagine it is quite simply the cost. We’re such a poor county, the government is skint and who exactly will pay? These things cost a fair few pennies, always seem to go over budget and probably won’t be ready until my grandchildren are up and running and given that my children are only just up and running I’m hoping that happy event is a decade or two away!
A stadium offers all the obvious sporting benefits but it also offers others that aren’t instantly thought of.  It offers health benefits and employment ones and for some children it will give them the break that school can’t provide.  Schools by and large are set up for academic, not sporting excellence.  This will be a new venue for some children to thrive and realise that Cornwall cares about its athletes as much as its academics.
It can also host social events, gigs and concerts.  We know from the Boardmaster Events and the Eden Sessions that over 60% of the audience come from out of county so there is no problem about being able to fill a stadium, especially if the names are big enough.  The trick is to make a stadium pay for itself and wipe off the debt as fast as possible; using it for a variety of functions is the way to do it, including some top ticket price attractions.
A stadium also has a community benefit. Steve and Finn regularly travel to Plymouth to watch Argyle get beaten but agree that it would be so much better to support your own local team in decent facilities nearby.  It would also be nice to watch a win once in a while but apparently being a fan isn’t about the winning? There’s something special about a good stadium that really lifts the teams and the crowds.  When I lived in Cardiff, home matches were played at Arms Park, literally just a few roads over from the city centre.  When Wales scored a try, the whole of Queen Street would reverberate to the noise from the stadium.  It was quite a memory to be popping in and out of shops accompanied by 20,000 Welshmen.  Sitting in a local pub listening to the match on the radio or tele was done so with a live backing track of the stadium roaring in approval. There’s a moment when the whole community would stop and grin at each other as they realised that Wales must have scored a try and for a second they were all brought together before carrying on with their day to day tasks.
So all in all why wouldn’t be want a stadium? Let’s hope that the money can be found and the right location agreed upon and then the sky can ring out to the cries of “Come on Cornwall!”
Am I a believer? Civilised society – who are we kidding?