Rotten weather makes me run for the hills. 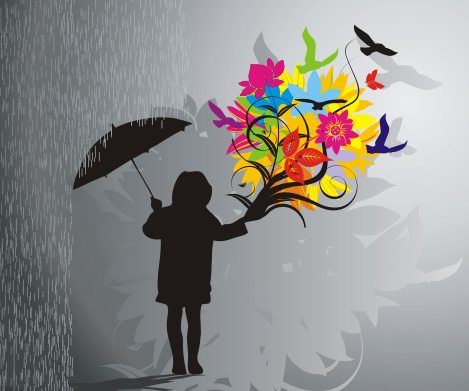 Well flaming June was well named wasn’t it? Flaming awful.  Apparently it was the wettest June ever (well it seemed it), the coldest June since 1991  and the dullest June since 1909, these figures are an average for the whole UK, how we fared in Cornwall hasn’t been established yet but I can’t remember a more hopeless month. So with that in mind I am packing to go on holiday, I’m taking my youngest son and we are heading off to sunnier climes.  Well, we are heading off to the Peak District so maybe not but we are going to travel with suitcases full of hope and optimism.  We may return with suitcases full of mud and water but we’re setting off in the right spirit. There is a saying that there is no such thing as bad weather just wrong clothing and so out goes the bikini in goes the waterproof trousers. Away with the suntan lotion and in with wellies.  Sunglasses will be replaced with woolly hats and sleeveless blouses will be spurned for sensible raincoats and jumpers.  I have checked the forecast and it’s shocking so we are also packing playing cards, books, films and activity kits.
When we get a long run of difficult weather and although it seems unlikely right now, heat waves are also difficult  weather,  we tend to grumble at first, then get really fed up and then we seem to chin up and get on with it and I think the country is now entering a chin up phase. People had been putting things off but as the days have moved on but the weather hasn’t, events have had to be cancelled or carried out regardless.  I’ve been to too many events in the past month where people have enthusiastically commented on the fact that it’s only a bit of drizzle, we seem to have given up on hoping for actual sunshine.
In fact it seems to be getting to a serious situation for those of us who benefit from the tourist trade and here in Cornwall I think that’s the majority.  I don’t know the figures but it feels like there are fewer people in the county and if there are fewer people around then there is less money going into our economy.  What I am hoping is that there are lots of people like me out there who just decide that they will make the best of it whatever.
I have a sneaky feeling that the Peak District will be wetter than Cornwall and if it chucks it down everyday that will be a drag as we have loads of big peak walks and bike rides planned.  Neither of us mind getting muddy in fact mud is something of a magnet but constant rain and zero visibility can dampen the most gun ho of spirit. I had hoped to go pot holing but I suspect with this much rainfall it will be rightly considered too high a risk.  There is Alton Towers but it’s so damn expensive and throwing up in a roller coaster in the pouring rain having just spent £60 to get in holds little appeal, there is an outdoor swimming pool , which might have a novelty factor to it and will probably be empty and then there are the big stately homes that will be heaving with other damp, steaming families trying to entertain there disappointed and argumentative children; actually the more I type that sentence the more appealing  throwing up at Alton Towers sounds.
Whatever happens I am going to love spending time with my son, exploring a new area of the country and hopefully not contracting pleurisy.
Save a life, save points on your licence and enjoy a glass of wine! In which the Peak District is a fine and dry place.