Mothering sunday and all I want is a clean car… 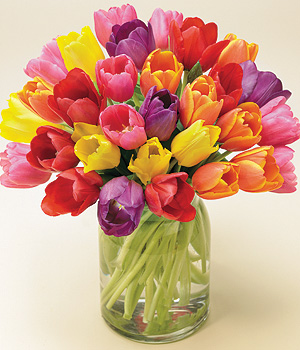 So, Mothering Sunday is almost upon us. Traditionally it falls on the 4th Sunday in lent, which this year is on the 18th of March. This Christian festival, which dates back to roman times when it was used to honour the Virgin Mary, is a celebration of motherhood. In later years it became a day for servants to enjoy with their families at a time when the working week was far longer than it is now but, as time went on, the custom began to peter out. Mothering Sunday enjoyed a revival in the 1920’s when a lady named Constance Penswick Smith created the mothering Sunday movement. The revival gathered pace during the second world war as American soldiers serving overseas began to observe the traditions of mothering Sunday and it wasn’t very long before some bright spark saw the commercial potential. Heavily promoted, Mothering Sunday, or mother’s day, became the dream date for every florist and card manufacturer up and down the country.
And so we arrive at the present day. I have two children and I also have a husband who is less than enthusiastic about observing the traditions of this auspicious day. Steve has always felt that he must make the effort, particularly where the boys are concerned. When they were younger they were plonked at the dining room table with crayons and blank paper and told to “make a nice card for mummy”. These creations were, of course, lovely and I still have most of them somewhere. As they have grown older Steve has taken them into town, given them a fiver each, and pointed them in the direction of Poundland. Young children always work on the basis that 5 presents are better than one. Steve works on the premise that the boys are choosing the presents so they must be special. Some of the more memorable gifts over the years include a bag of bird seed, a spatula and some rubber gloves. There has also been a lot of chocolate, some of which I’ve eaten.
This year could be interesting because the boys now get pocket money and Steve, being an ex-financial adviser, is determined that they learn to budget. So, whatever I get this year, will be after their weekly spend on phone top ups, sweets and magazines. I’m not hopeful but, then, I don’t mind because whatever they get me will be wonderful. Although their best presents have always be the ones they made themselves. Incidentally, I don’t wish to give the impression that my husband stints on his own mothers gift. His parents live in Blandford, Dorset, and there is no Poundland there so he sends his mum flowers every year. I love flowers and am considering a move to Blandofrd myself.

13 years ago my eldest son was born on mothering Sunday. As I was lying in the hospital bed coming to terms with motherhood the midwife came in and asked what I was getting for mother’s day. I replied that having just given birth and having been in labour for, what felt like, days, It was the last thing on my mind and that, anyway, my mother would understand. The midwife gave a nod towards the baby by my side and said “I wasn’t talking about your mother, I was talking about you..”

I hope all you Mothers out there have a wonderful day.
Plymouth, Cornwall. Climbing Kilimanjaro for Little Harbour, Childrens Hospice.