Hands up, how many of you became astronauts? 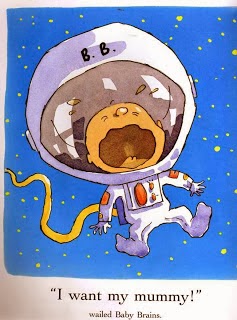 What did I want to be when I grew up?  Being a barrister seemed to be on the cards for a while, it turned out that people would pay me a lot of money to be an argumentative, smart arse and my grandfather was a judge so it seemed like a logical choice.  However, a marine archaeologist seemed more glamorous, it would be really cool to discover Atlantis and lots of sunken gold. I then moved on to travel and figured foreign correspondent / photographer was where my calling was. Just so long as I had regular running water and room service.  So it came as a shock to me when I had my interview with my career’s advisor to discover that I was apparently best suited to being a hairdresser on a cruise liner. Anyone who has ever met me knows I don’t care too much for my own appearance let alone anyone else’s and as for making small talk with strangers that’s a no no, an even bigger no no is being stuck with a bunch of strangers that I can’t get away from so the cruise liner idea is my idea of hell.

Now, the same ridiculous questions are being posed to my eldest,  the best I can say to him are that his GCSEs will not set him up for life, they will not shape the rest of his existence and that he is not to freak out if he chooses the wrong options. There’s  just so much more pressure for him than there was for me, nowadays he has to get at least 30 A levels, they must all be A stars and he must then go to University and accrue more debt that he can contemplate, if his life is to mean anything. And he’s only 12.

Of course a good education is important but it’s not essential that you know what you are going to do when you grow up.  I mean which of us is actually doing the job we wanted when we were 12? I’ll bet it’s only a tiny handful. There just aren’t enough train driver jobs to go around anyway.  Then of course these days no one is in a job for life, unless he goes into one of the professions, so he’s bound to jump around a bit.

Last year he was going to be an outdoors instructor. He’s a bit of an adrenaline junkie so I can see the appeal but he got it into his head that he can earn £40K a year doing that and I’m not so sure.  Then he decided that being an architect was the way to go, however he thinks the Royal Albert Hall would look better with a smooth white render finish to “bring it up to date” so I hope for the sake of this country’s heritage that he doesn’t pursue this career path.  His most recent decision has brought me out in a cold sweat.  He wants to join the army, maybe the paras, maybe an officer. I am very calmly nodding and saying the right things whilst inwardly swearing that if I ever lay my hands on Bear Grylls it may be an encounter that he fails to survive.

For what it’s worth I became a librarian and I didn’t see that coming, then I became a mother, really didn’t see that coming and then I started my own business.  Being in charge and bossy, surrounded by books? I think my family saw that coming from a very early age.  Whatever children grow up to be, the important thing is that they have the opportunities to experiment, change their minds, jump tracks and never ever listen to their careers advisor!
Burn’s Night! Black tie and wallpaper paste. One for the birds