A bad day on the beach… 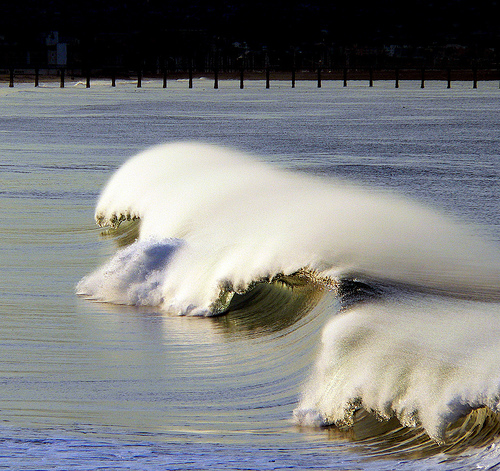 Our first family day on the beach this year proved to be something of a disaster.  My eldest had just bought his first surf board and had been desperate to take it out but we just hadn’t been able to find the right day. Finally we found a day where, we were all at home, no one had any fixtures, the weather, whilst not sunny (ha ha), was also not foul and so we all piled into the car and headed to Gwithian. It was essential to me that we picked a beach with decent surf, never too busy and manned with lifeguards. As I don’t surf, despite numerous attempts, Thomas was going to have to go in the surfing area on his own, body boarders have to stay in a different section of the beach for obvious safety reasons. However, he’s only 13 and though he considers that fully grown, I don’t, so lifeguards or no surfing.  He mucked around for about an hour coming to grips with his new board whilst we all body boarded nearby, after that he was exhausted and came to join us and Steve went back up the beach to read his book.

The weather as I said wasn’t foul but it was incredibly windy, in fact the off shore breeze was so strong that every wave was plumed with a huge shower flying back into the faces of anyone on the wave behind so with big waves and a strong wind we were also getting quite tired. Thomas and I decided to have one last race in to join Finn at the beach and then we would go home. We were chatting and bobbing about waiting for the right wave when I looked up and was horrified to see how far the beach was! Seconds ago I had been able to stand up now I could barely pick Finn out. Thomas and I were amazed at the strength of the wind and started to paddle back in, to no avail. We tried again, nothing. I was now tired and beginning to get alarmed when I looked around to see a lifeguard swim up with her board. I have never been so damn relieved.  She asked if we were OK and any notion of bravado went out the window. Thankfully as we were chatting a big set of waves came in and she asked if we would be able to catch them in, well I may have been knackered and worried but I could still catch a wave and Thomas and I rode it all the way into the shore, it was easily the best ride of the day.  Back in the shallows the lifeguard who had ridden in with us came to double check on us and to explain what had happened.  The wind had pushed us over in front of a rocky outcrop, when a rip developed and that was that. A rip! We were in the wrong place at the wrong time.
The bit that amazed me was that I know all about rips; I know how they form, where they form, how fast they move, how to avoid them and if caught in one, how to get out of them.  Having never been in a rip tide though I never realised what they felt like. They feel like nothing. I had always assumed you would feel a current or something.  Had I been less tired I imagine that I would have put two and two together and paddled left or right to get out of the rip rather than towards the shore but I didn’t.
We staggered up the beach happy that we have such a wonderful lifeguard network and better educated about what a rip tide feels like to discover Steve sitting in the lifeguard tower watching all the excitement whilst the lifeguards treated his weaver fish sting! Next time we’re going rock pooling.
Football’s more skillful than rugby! Save a life, save points on your licence and enjoy a glass of wine!