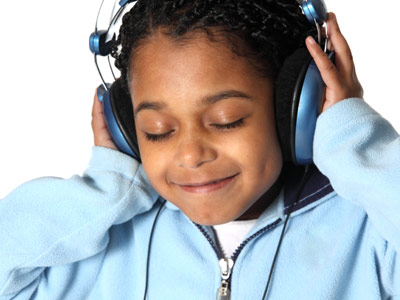 I am currently going through the rather noisy introduction to Led Zeppelin, they were a bit before my time so whilst I’ve always recognised some of their music I was never a fan.  My house now resounds though to Robert Plant screaming and wailing through the floorboards as my eldest has suddenly discovered them.
I was pleased to be able to tell him that if he liked Led Zeppelin he may also like The Who. Apparently someone at school said Zeppellin were a lot like Abba, so it’s nice to see that when it come s to music I am at least better informed than one 13 year old.  Although if put to the test on current music I imagine they would thrash me.
https://www.youtube.com/watch?v=sfR_HWMzgyc Kashmir
https://www.youtube.com/watch?v=uWeAtLr8bX4 Puff Daddy’s version
https://www.youtube.com/watch?v=p4QqMKe3rwY&feature=fvsr Abba
The funny thing is a few years ago Puff Daddy did the theme music for the film Godzilla and completely lifted Zeppelin’s Kashmir beat.  At the time, when I pointed this out to Thomas he was full of derision, what did I know about Puff Daddy? Furthermore if there was an old fogies song in there it was Puff Daddy that made it awesome.  I reminded him of this conversation the other day but unsurprisingly he had no recollection of it.  Mark Twain once wrote “When I was a boy of 14, my father was so ignorant I could hardly stand to have the old man around. But when I got to be 21, I was astonished at how much the old man had learned in seven years.” This is a regular occurrence in our house.
Music seems to be the preserve of youth but I don’t think that’s quite fair.  Certainly they have more time to listen, discover and create music than someone trying to work 9 -5 and run a house and all the other boring grown up stuff but I don’t think we love music any the less. I used to fall in love with a track and then play it 10, 20, 30 times in a row.  I still do and I don’t think I’m alone in this because my ipod has a little repeat button that means a track can be looped eternally.  I’d like to think I’m pretty important in the eyes of Apple but somehow I don’t think they’ve added this piece of software for just one compulsive addict.  Lots of us must do it.
In fact I have to say I love my ipod and youtube, suddenly I am surrounded by music again and discovering new stuff and tracking down barely remember tunes.  Many’s the time that I’ll be out walking with Harry, my headphones on and the perfect random song choice comes on.  It’s not uncommon to spot me break out into a little arm waving samba and two step on top of Carn Grey, and many a seagull has be startled by the bellowing of Nessum Dorma or just me laughing to hear “Running up that Hill” exactly at the moment when I am, indeed, running up that ruddy hill.
https://www.youtube.com/watch?v=wp43OdtAAkM – Running Up that Hill
https://www.youtube.com/watch?v=YbGKQ8YASCY – Nessun Dorma
https://www.youtube.com/watch?v=EK_LN3XEcnw Mambo No. 5
Music is something that resonates very, very deeply into our memories, moods and personalities.  The power of it is widely known as it is a well-respected form of therapy and it certainly cures me. So if you’ve got out of the habit of listening to music, stick something on and brighten your day.
St Austell – the come back? Next Post