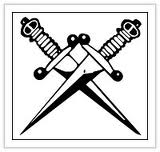 The Crime Writers Association has a variety of awards that it announces in stages throughout the year.  the following winners have just been announced.

Ariana Franklin the Dagger in the Library, and

Ruth Dudley Edwards the Non-Fiction Dagger for Aftermath: The Omagh Bombing and the Families’ Pursuit of Justice

The CWA Short Story Dagger was won by Robert Ferrigno with Can You Help Me Out Here, and the
Debut Dagger for a previously unpublished author by Patrick Eden for the opening chapter of his story A Place of Dying.
CWA Cartier Diamond Dagger Award, which honours outstanding achievement in the field of crime writing went to Val McDermid.

CWA Ian Fleming Steel Dagger. Ian Fleming Publications Ltd sponsors this Dagger, for the best thriller published in the UK in the year to 31 May.

John Creasey (New Blood) Dagger This award is made in memory of CWA founder John Creasey, for first books by previously unpublished writers.

The Hstorical Dagger Shortlist is announced in Autumn but for now that should see you going for a while!

The Ask and the Answer – Patrick Ness Next Post