Hammer and tongs at Hurley Books

Frost in October! Who’s have thought it? And not once but twice; this week has been mad for weather. We were at Eden last night and it was so mild that we were walking around in t-shirts, two days earlier I was doing sit-ups on white grass. At least it means that the sloes have actually had a chance to freeze this year prior to me picking them. I make sloe vodka each year and have always had to put the berries in the freezer for a bit. This year I’m also going to try to mash the berries after they’ve been in the vodka for a month and take the flesh and add it to melted chocolate to make flavoured chocolate bars. Might work might be disgusting. I’ll let you know. 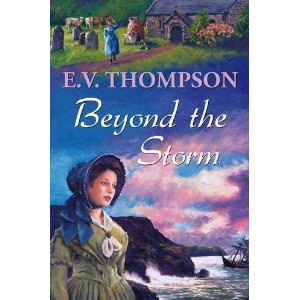 Of course the first frost reminds me that we’re heading towards a bit of a hibernation time for us in the business. The shop has now reduced it’s opening hours and days and we may seem sleepy but things are all go at Hurley Books. The warehouse is now in full swing and we’d love it if you wanted to pop in and visit, we’re on the St Austell Bay Business Park opposite Market World. We’re getting ready for the launch of EV Thompson’s new hardback “Beyond the Storm” and I’m working hammer and tongs ready to launch a new business that you are going to love. In fact I’m working on two new businesses, the second will get launched around June, this one will come out around December / January, I’m really excited about both and I can’t wait to tell you more about it but I think that’s a fortnight away. At the moment I feel like a swan that’s gliding around on top seemingly doing not much whilst underneath I’m franticly trying to entertain the children going surfing, skating, walking and playing rugby, do the quarterly accounts and the VAT returns, keep the house clean, prepare a massive database for integration into a brand new website and arrange a signing session at the shop for the new EV Thompson book. Dec 4th 2.30 since you asked.. Oh and sit ups in the frost at 6.15 in the morning. I love having the boys home at half term but I’ll be very glad when I can get back to work proper, next week. How on earth do single parents cope? I have such respect for mothers or fathers that have to run a house, a business and a family all on their own.

Incidentally the Eden skate and scream was really good fun and the terror walk might have been more atmospheric if I had left 4 exited boys at the doorway. They found the whole thing highly entertaining, kept trying to “high five” the monsters and ghouls and trying to get attacked by the water snakes. A lot of it was definitely bravado though, and while I despaired of them doing anything quietly I rounded a corner in the Mediterranean biome to find all four boys sat cross legged still as dormice listening to a story teller telling a spooky tale. The scariest part for me was being on the ice, watching the two youngest trying to race when one of them had never been on ice before and trying to avoid their blades as they went down time after time after time.

So that’s been my half term, I’ve had great fun, haven’t done half of what I needed to and now need a rest!

Boys that go bump in the night. Boot Camp – the results.