EV Thompson came to sign his latest book and switch on the Christmas lights! 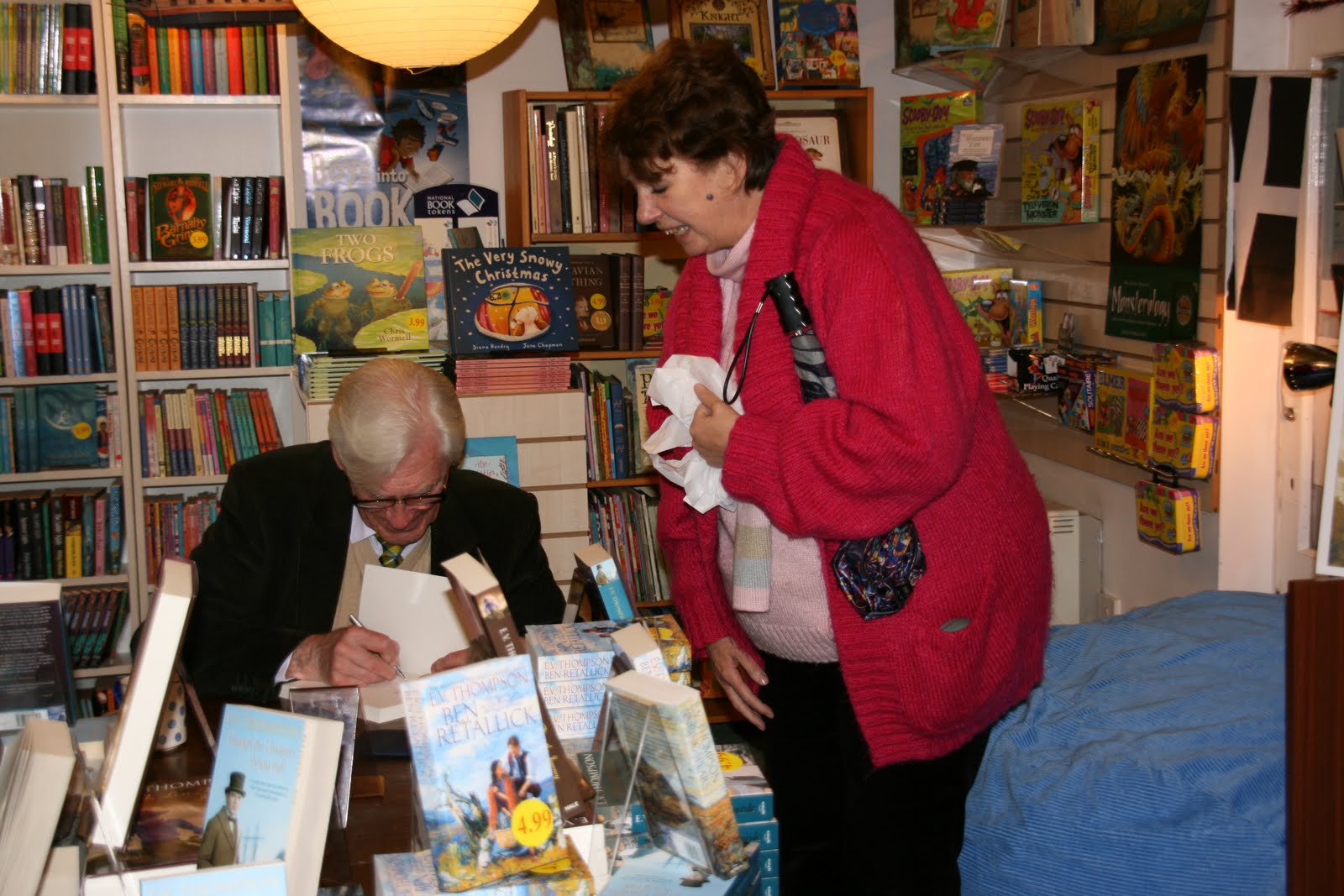 Just realised that I never actually got round to writing this one up! On Saturday 5th December EV Thompson came to sign copies of his latest book Churchyard and Hawke.  EV Thompson has been writing historical fiction with a cornish theme for many years and has a huge following.  We were lucky enough to have him do a signing event in our shop because for many years he lived in Mevagissey, in fact in many of his books and on many jacket covers you will recognize familiar places.  I wonder if you recognize the fine house on the front of Churchyard and Hawke?  I was really nervous about the whole event, having never staged a signing before but it was a doodle, EV was the most friendly and self effacing chap and his fans were treated like old friends.  We had queues everywhere and had to fit his postal signings in between the in the flesh signings.  We run a large mailing database for all of Mr Thompson’s fans who live overseas or up country so we had loads of those to get signed and dispatched as well.

We sold around 100 hardback copies on the day which was phenomenal, apparently we even gave the local Waterstones a run for their money.