What we read in November 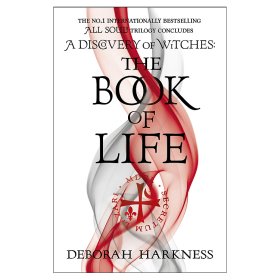 The Book of Life – Deborah Harkness

After the frustrating Shining Girls I went back to finish the Harkness trilogy.  First time I read it I was disappointed as I didn’t think it was as good as the first two books. Now part of that is down to simple expectations. I read the first two as they came out and loved them so I had been desperately waiting for the concluding book and it just didn’t feel as good.  This would be my second read so it was interesting to see what was wrong with it.  Having enjoyed it more the second time I think its problem lay in having too much to fit in, too many characters and too many locations.  Everyone was constantly running around the place with more and more story lines being introduced and would up. It could probably done with a fourth book or better editing.  Either way I’m glad I read it again as it was better than I remembered by still not as good as books on and two.

Half a King – Joe Abercrombie

Having decided that The Book of Life was better than I remembered I returned to Half a King, a book I started last year but struggled with. I picked it up but this time was hooked straight away. I couldn’t even work out what I had found difficult. Abercrombie is a pretty gritty writer but this series is aimed at a younger market and was slightly toned down from his Best Served Cold books. That said it’s not exactly lacking violence or bodily functions.  Standard fantasy themes but told with spit and sawdust.

The Giant Under the Snow – John Gordon

November was all about going back because this was a book that I had loved as a child and had always wanted to re-read but couldn’t remember the title, just the book cover and a vague sense of plot.  Of course there is a huge risk of disappointment in going back to a childhood favourite but not on this occasion although there were a few surprises. The first was that it was set in Norfolk where I grew up, so obviously the descriptions of the city and the countryside resonated. The second was that the main protagonist was a girl, I’d have put money on it being a boy. I’m guessing that was the tomboy in me, that or I wasn’t used to reading books were the central character was female, I mostly read adventure and fantasy stories, books about school, ballet or horses just didn’t appeal. The next surprise was that it wasn’t the right book! Or at least it was but there is another book out there very similar and I read that as well and have managed to blend them in my memory. So that’s another book to track down, only now I don’t have a book cover either. The final surprise in tracking this down is that it apparently is about to be made into a film. Go figure. Anyway, it’s very good and hasn’t dated. A very good tale based on English folklore. Along the lines of Susan Cooper or Alan Gardner