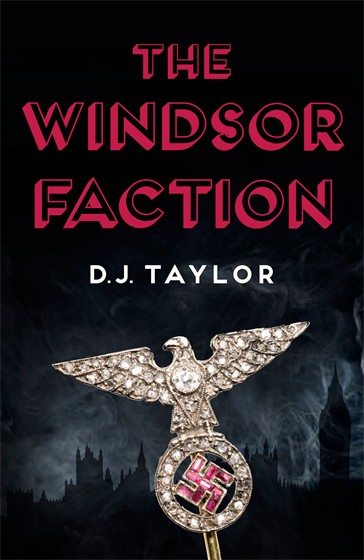 As the mist descended the mourners arrived. Large black cars ferrying in the rich, the powerful and the socialites; all wondering the same question, “Would the new  King attend the funeral of Mrs Wallace Simpson?” So starts an alternative war thriller. Prince Edward was believed to by a fascist sympathiser how might the war with Germany have unfolded had the prince become a King in mourning?  Which factions in British politics would be able to get their voices heard?
The premise for this book is excellent and it starts with a wonderful sense of foreboding. After that the narration of the book is taken up by two of the principle characters. Cynthia, a young journalist who has just returned from the colonies and seems very bored with life and the author Beverley Nichols, who finds everything rather exciting but plays it cool. Between the two of them the tone of the book flits between Noel Coward and Virginia Woolf which is no bad thing but it doesn’t seem to suit a political thriller.  This book is not fast paced nor particularly gripping but it is thoughtful and introspective and will appeal to lovers of this period of history.
Buy your copy now
Cornwall Today and Us – A new Cornish reading group Prayer – Philip Kerr