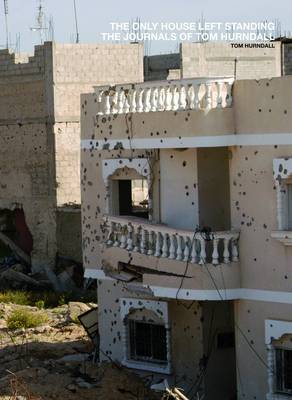 Thomas Hurndall, or Tom as he was universally known, gave his life for his belief that the Iraq war was fundamentally wrong. He was an incredibly brave man who refused to compromise his ideals. This book is his journey in his own words and photos.
Tom Hurndall was a photography student who, at the threat of war in Iraq, volunteered to join the International Solidarity Movement (ISM). They were better known as “human shields”. On the 21st february 2003 he flew, with other members of the ISM, to Baghdad where he hoped he could make some sort of difference as the threat of war gathered pace. Often hated by both sides and branded as “tree huggers” these human shields were made up of individuals from all over the world who felt they had to do something and who could not simply stand by and not give voice to the power of their convictions. Moving around the middle east Tom travelled to various refugee camps were he offered help and assistance at every opportunity. As an activist against the Israeli occupation of the Palistinian territories, Tom decided to travel to gaza. It was here, on 11th April 2003, he was shot in the head by an Israeli sniper as he attempted to rescue 2 children pinned down by gunfire. He died 9 months later from his wounds.
This moving book is the story of Tom’s travels. It includes excerpts from his diary, articles send home for publication, emails and numerous photos. It is powerful stuff, made more poignant because we know the ultimate outcome. Was it all worth it? Did his death change anything? I don’t know, but maybe Tom sums it up best in his own words….”I want to be proud. I want something more. I want to look up to myself and when I die I want to be smiling about the things I’ve done, not crying for what I haven’t”

Maybe I can get the dog to look after my children? Thieving @##!!