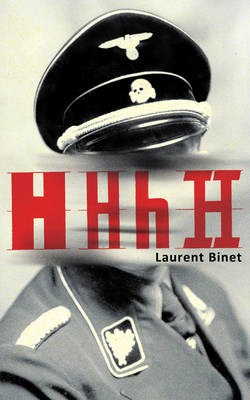 This stunning novel, published in France in 2010, won its author, Laurent Binet, the coveted Prix Goncourt for the best and most imaginative prose work of the year. This is the English translation and it loses none of its original power.
This is a novel that reads as non fiction. It details the assassination attempt on Reinhard Heydrich by 2 Czechoslovakian parachutists, in Prague, in 1942. Heydrich is variously remembered as “the hangman of Prague”, “the blond beast” and “the most dangerous man in the third reich”. He was also one of the architects of the final solution, the Nazi blueprint to exterminate European Jews. All in all, then, not a very pleasant man and quite deserving of his comeuppance. The book teaches us a lot about the history of the period, the rise of Nazism, the dynamics of the war and the politics of the region. It’s also a reflection on brutality and persecution. All the characters are real and the events happened as described, but this is no dry history book. The book zips along at a fair old pace with short, punchy chapters (257 in all) which build the tension nicely.
I loved this book and, even though I knew the outcome, which is simply a matter of historical record, I found it a riveting read. My one criticism is the title, an anagram of “Himmler’s brain is called Heydrich” which in German spells HHhH. A little too clever and obscure perhaps? I prefered the working title of “Operation Anthropoid”. That aside, I predict great things for this novel. Definitely one to watch!

World Book Night We’re choking in our own rubbish.