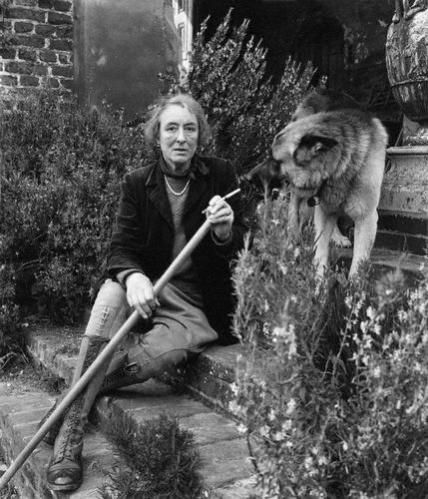 First Bodfas of the year and I’m going to try to make everyone as they have all been so good. Arrived by the skin of my teeth again, I do hate being late and settled down to some stunning gardens.

Ho hum, that wasn’t what I got.  The lecture was supposed to be about the gardens of the Astors, the Sackville Wests and the Rothchilds.  What it turned out to be was a who’s who of the nineteenth and twentieth century, with the odd flower thrown in. There’s no doubting that Vita was a gardener of note but you felt very much that for the others it was just something to do with all their land.  I’d have loved to hear revolutionary ideas about how they gave large parcels of land over as allottments or market gardens (obviously in the lower field where the peasants wouldn’t be noticed) but it was simply a talk about how wealthy they all were, how well connected they were, all the family in-fights and dynasties, which in itself was interesting but really it wasn’t a talk about gardens, gardeners or gardening. This quote summed it up

“No garden, however small, should contain less than two acres of rough woodland”. Lord Rothschild.

A good lecturer but on a subject that held little appeal to me with an emphasis that didn’t appeal.