What we read in March

The Magus of Hay – Phil Rickman

Not sure where this went wrong.  Set in Hay,  central characters were hoping to run a second hand bookshop, written by Phil Rickman.  lots of ticks but for me it just fell flat.  No aspect was given free rein, be it the eugenics plot, the dead partner, the golden coven, the haunted bookshop.  Everything just kept stopping short.  Maybe there were just too many storylines and none could properly grab attention.  Shame because I was looking forward to it.  If you do want a proper creepy British hauntings book try Crybbe or Candle Light by Rickman, both cracking!

The Lady of Hay – Barbara Erskine

So I was on the Hay trail and thought I would finally try The Lady of Hay, despite enjoying historical novels I have never read this, which is quite incredible given that its been in print for the past 25 years and has sold over 3 million copies. And I have no idea why. It’s awful. AWFUL. Whilst 2D characters, weak writing and unrealistic plot devices are irritating, gratuitous rape scenes and hitting “annoying” women are just wrong. In the end it turns out that the rapist (twice, once in each life) is the hero! Why on earth is this so popular?

I was quite fed up by the time I picked this book up and spent the first few pages quite confused.  “Oh so this is actually a book about bees? not a metaphor or something?” My heart slumped a wee bit because by and large I don’t like anthropomorphic books but I was bloody determined not to read three bad backs on the trot.  Another page in and I liked the way my confusion mirrored that of the central protagonist and then I was away.  What a fabulous book.  Beautifully written and a clever tale to tell as well.  Since finishing the book I find myself looking at bees that fly past me in a whole new light. 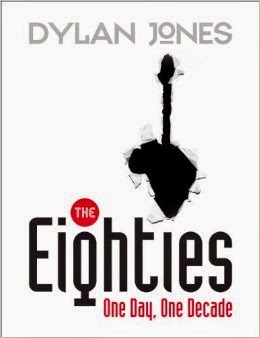 The Eighties – Dylan Jones Good. Yeah I enjoyed that. It’s about the eighties but it’s more about Live Aid.  (Steve as succinct as ever.)