There I was, lying on a muddy rugby pitch doing sit ups looking at the stars, the grass was wet, the muscles were straining and I was very, very tired. What appalling set of circumstances could have conspired to find me doing exercises in the rain on a rugby pitch at 6.15 in the morning? Unfortunately it was nothing less than twenty odd years of fun and excess. Which is why I am at Boot Camp or as our trainer rather unpleasantly calls it “Flab-u-less” I don’t know if I object to the –u-, the flab or the pun the most but I prefer to call it boot camp. Let’s call a spade a spade look each other in the eye and bravely accept that all those years of carousing have finally caught up with us but let’s not call it flab. Don’t get me wrong, I love me but I’d love a little less of me more.

It all came about when an old friend came to stay; he lives in New Zealand so I only get to see him about once a year. He’s a great friend with whom I’ve spent many years carousing so we’re pretty close but he can say things that leave the more sensitive amongst us reeling. We were playing cards and he commented on how rubenesque I was looking these days. In his defence he was smiling at the time and paying me a compliment. Or so he thought. Oh, the sudden silence and then the screams and the laughter. All the girls were chiding him roundly; the boys were sniggering into their glasses grateful that it was some other chap that had put his foot in it. I was glaring and poor Mark was floundering and apologising but not knowing why. Rubenesque indeed!

Well I was cut to the bone but as the bone was apparently below many rubenesque layers this cutting took sometime. Finally, with a sigh I had to acknowledge that thinking about exercise has far fewer benefits than actually doing it. Although it does have the benefit of you staying warm and dry in bed with no aches. So here I am typing, even that makes me ache, and hoping that this torture will all be for the good. Next week the detox part starts, this fresh hell will involve the removal of coffee and alcohol from my diet which is going to be tricky as they are two of my basic food groups. If Petra also removes sugars and fat then we are in for a pretty hairy month at Chez Hurley but I’m sure she won’t, she’s seems really nice and friendly.

Now the reason that I’m sharing this with you is so that I can’t back out. I’m brilliant at prevarication and just down right laziness but I figure that if I commit myself to print then I’ll have to see it through. So we’ll speak no more of it and in a month’s time I’ll let you know if I survived and more importantly if the family survived.

With no wine to recommend all I can suggest is that you pop into Ellis Wharton Wines or del Monico’s yourself and ask what they suggest. If you come across something great please keep it to yourself.

We all need to swim.

There are days when I can’t get a handle on this column at all. No matter what I want to say I can’t seem to make it come out right or make sense of it, this week’s topic is one that has been sloshing around in my head for a few weeks now and I couldn’t work out what the “angle” was but I’ve found it now so please read on.

Just the other day a group of six 12 year olds swam across the English Channel, they took turns swimming a mile at a time and made the crossing in 13.5 hours. The only reason I came across it was because someone retweeted it on Twitter. I was amazed not only by the feat but also by the lack of coverage. What a fabulous story this could have been. Such endurance and teamwork and for a section of the community that are often vilified as hoodie wearing hoodlums. I scoured the internet news sites looking for the story and only managed to find a short paragraph in the BBC Bristol pages where our aquatic athletes came from. However, whilst I was trying to find more news on this story I stumbled across a far sadder story. Another six children this time aged 13 to 18 drowned whilst playing around a river bank in Louisiana. One of the boys slipped in the deeper water and as he couldn’t swim started to panic. None of his friends could swim but they all tried to save him and died in their attempt.

The contrast between the two stories was so stark and yet I couldn’t find a way to shape it. The majority of the channel swimmers came from independent schools, was that the story? In the last Olympics 34% of our athletes came from independent schools yet only 7% of children go to independent schools. There’s a whole column there but not one that seemed relevant to these two stories. Then there was the fact that the American teenagers were all black and the Bristol children were all white. If there was an angle there I’d be blowed if I could find it. Maybe it was the fact that we don’t do enough in our media to praise the efforts of teenagers but would rather focus on negative stereotypes. I must admit this was where I was going until I opened the letters page in the Cornish guardian to discover that Polkyth are considering the removal of the springboard from the swimming pool.

Suddenly the angle was so obvious that I was amazed I hadn’t noticed it before. Children need to know how to swim! They need to be confident in water. Tom Daly started his Olympian career from a 1m board, the fact that there isn’t a high board in all of Cornwall is another matter and if St Austell do get rid of their board there won’t be a 1m board in the whole of Cornwall either. The loss of a diving board is not the loss of a swimming pool but it is the loss of a skill; it requires confidence and technique to go head first off the end of a sprung board. Even if that doesn’t appeal, who can forget the fun of running, bouncing and soaring off the end? All children are attracted to water and we need to make them safe. From confident swimmers we may get channel swimming, record breaking Olympians but more importantly, we will not have grieving communities, struggling to cope with the loss of their loved ones who died trying to save their friends. 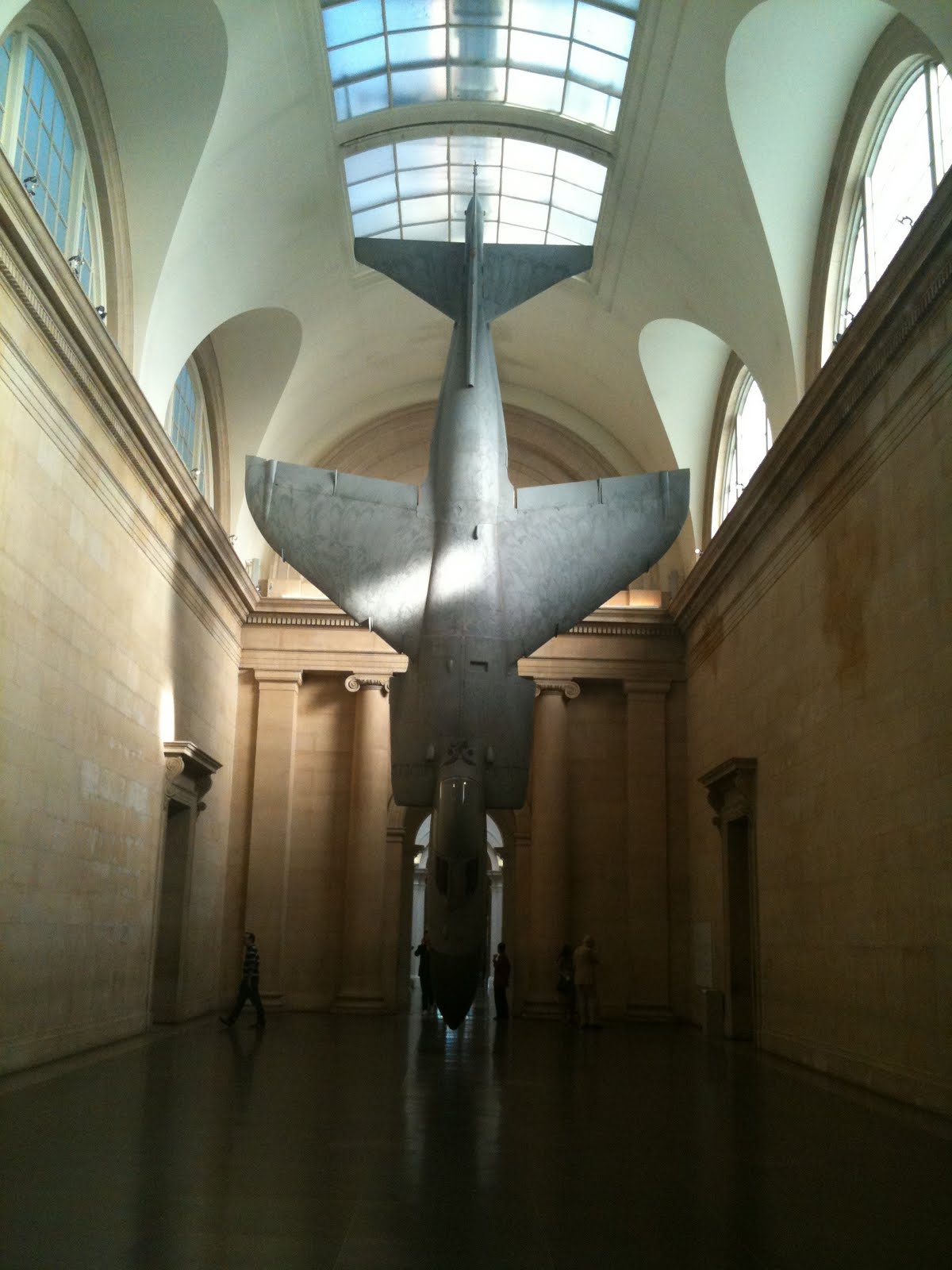 It’s been a while since I was last in London but I got back up there the other day. It’s a lovely feeling as you step off the train in Paddington and breathe in London and then your whole body starts to tingle and you realise that’s oxygen deprivation. In the next moment that thick, stale air hits you and then you get shoved by a commuter who has better places to be. Oh London! The hot wind of the tube trains, the sheer misery of lost and late people, the unending sea of bodies all pressing and pushing through the stygian sub terrain.

I went from thrilled to be back in London to foul tempered in about 2 minutes. An hour later I had a splitting headache, presumably through lack of oxygen and I have to tell you that my smiling strategy wasn’t going down too well. There was only one solution as there always is when I first get to London – Liberty’s. It’s fair to say that taking your husband to Liberty’s is not a smart idea, unless the cries of “How much?!” neither irk nor irritate you. Having failed to convince him that £24.50 for High Tea for one was a reasonable price, and to be honest I was struggling myself, I bought some gorgeous Christmas tree decorations and then we escaped to Tate Britain. I went for Tate Britain rather than Tate Modern because there is only so much “Call that art!” that a girl can take.

As we arrived at the Tate it turned out that the road had been closed for Burberrys’ show for London Fashion Week. I’ve never been near an event like this so we hung over the railing and gawped at loads of famous people that we didn’t recognize and found the whole thing very funny. The photographer bay was heaving with flashing lights and people shouting at other people to “look to me! To me! Lovely!” All these glamorous people and we didn’t have a clue. Steve was unfazed by his ignorance and was happy delighting in the sheer beauty of the girls and my word they were stunning. Finally we spotted Andy Murray and left happy that we could finally tell the children we saw their favourite tennis player.

The Tate itself was its usual oasis of calm and splendour. I love escaping into galleries in London, they’re free and empty and full of wonders. There’s a lovely grand picture of some well-to-do posing for his portrait with his gun and his day’s spoils in hand. I rather like the Springer in the bottom corner eyeing up the dead rabbit. I wonder who that put me in mind of?

We finally left to grab a bite to eat before watching Stephen Fry at the Royal Albert hall, the purpose for our jolly. It was a good show and we had cracking seats but I’m afraid my mind kept wandering as I kept looking at all the books on the stage set behind him – some very nice bindings there.

Unsurprisingly, for someone as in love with the English language as Fry, he overran; he had no sooner walked off the stage than we were up and running for the night train. No doubt we missed an intimate tete a tete as he returned for an encore and invited those remaining to become his best friends forever and stay at his Italian estate but we had a prior date with BR that could not be avoided.

And then it was onto the sleeper train. What a revelation for £69! That covers the journey, a bed for the night and breakfast, I was really impressed. So London and back in under 24hrs with an evening show to boot. I do miss all that London has to offer but I don’t miss the crowds and my lungs and wallet are both rather relieved to be back home, here in Cornwall, where the heart is.